21 years ago there was an outbreak of a virus called Corona virus or Covid-19.

2.28 million people died and many countries went into lock down, lucky after two years a vaccine was made and after six

Short months every country in the world had the vaccine and covid 19 was quickly defeated.

Then there was a worldwide public holiday to pay respect to the millions of who had died of covid.

For twenty the world was peaceful until March the 1st 2031 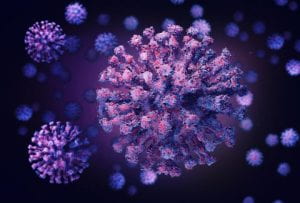 Then a day later and in London an entire  family died with the same condition except all the Children. Before you knew it was happening

All over the world, it was the one doctor that saw one in come all the

People who died had the first covid 19 vaccine and the children did not and the reports showed high meat consumption, he had to tell someone but then he lifted his hand to cover his mouth and coughed and when he saw his hand there was blood he jumped up and ran for the door but fell it was too late  the new had already spread and those who had an unhealthy diet died first and the rest who had the same vaccine suffered the same fate.